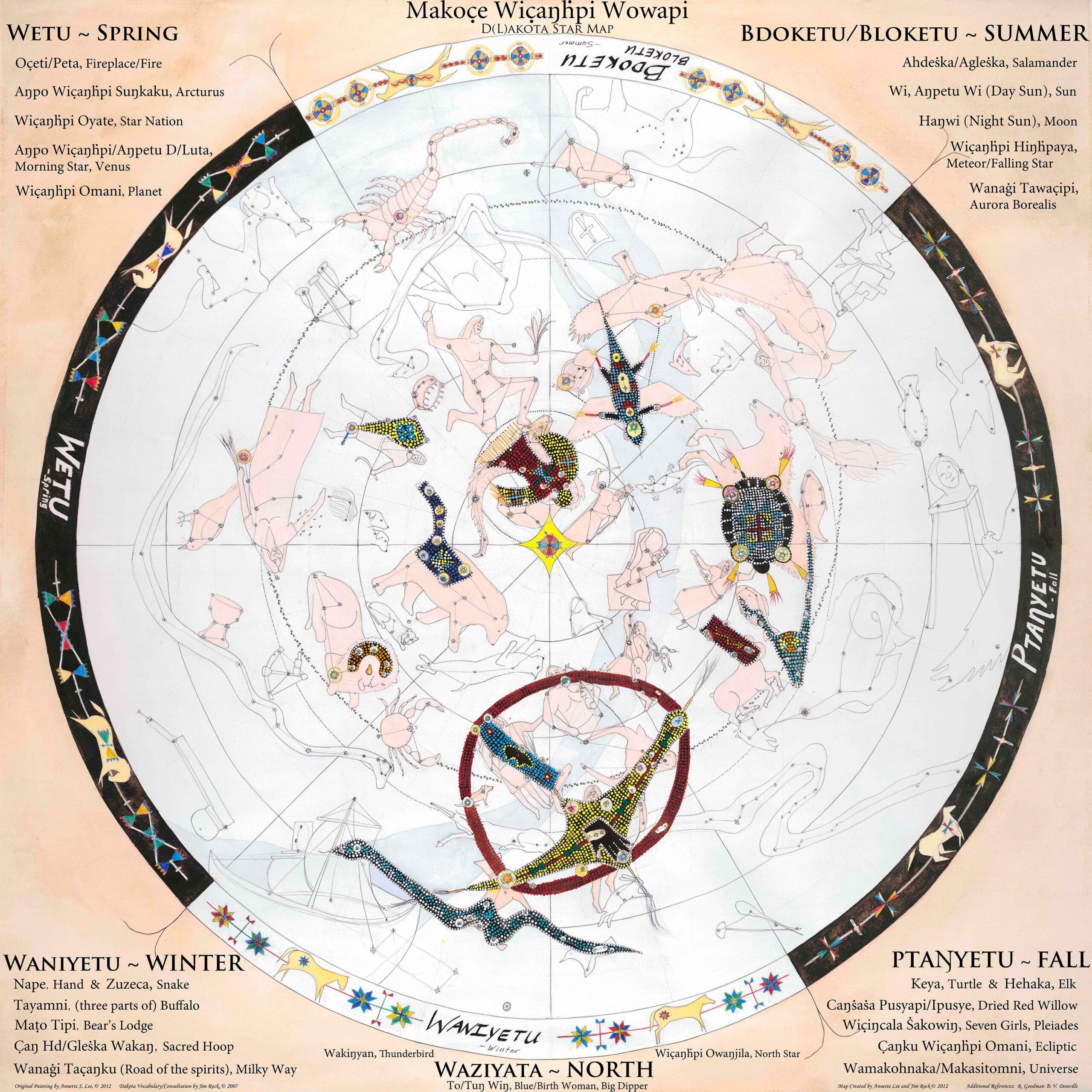 RAPID CITY—For generations, the night sky has been one of the greatest mysteries in human history. The tales of how the stars became constellations goes back more than 17,000 years ago when the stars were depicted as animals and ancient heroes. Like many human societies, the Lakota Nation also looked up at the night sky and had our own history to be learned.

For the 2022 season, The Journey Museum in Rapid City has proudly presented “Western Skies and Lakota Star Knowledge” presented by Megan Ostrenga, the Journey Museum and Learning Center’s Science Educator, for each of the four seasons. The latest installment of the series was presented on July 22, 2022, in which Ostrenga presented photos and video clips on what the night sky looks like in summer to the western eye, and how it looked to the Lakota people of the past.

“The constellation of Gemini for example is called Mato Tipila in Lakota for the Bear Lodge. It looks just like Devil’s Tower in Wyoming. When this was overhead in the sky, it would signal to the Lakota that it was time for the Sundance to happen,” Ostrenga explained in her presentation. “To better understand what exactly this meant to the Lakota, I am going to play a clip from the film ‘Lakota Star Knowledge’ where Oglala scholar Craig Howe will explain more.”

When the clip of the film clip plays, we can see Craig Howe explain the creation of Mato Tipila and its significance to Lakota history. The film “Lakota Star Knowledge: Explorations of the Lakota Universe” is available for purchase in The Journey Museum gift shop for $19.99. This Journey Museum Learning Center produced film follows Craig Howe as he explains to a dozen middle school children about the relationship between Lakota culture, spirituality and the night sky.

The rest of Ostrenga’s presentation included many more stories from Lakota culture, including that about how the Milky Way was said to have been created from the Great Race.

In 2012, a group called “Native Skywatchers” published a comprehensive Lakota/Dakota star map. This group was made up of professional astronomers, artists, language and cultural experts, educators, community members and Native American elders. The group was dedicated to the preservation of star lore and astronomical knowledge of Native American nations. In Ostrenga’s presentation, she used this star map to show how the circle around the Black Hills was depicted in the night sky surrounding Mato Tipila aka Gemini.

The next installment of “Western Skies and Lakota Star Knowledge” will be in Fall of 2022. All four of the presentations are available on The Journey Museum Membership Portal via their website at www.journeymuseum.org. To learn more about the “Native Skywatchers,” please visit judy-volker.com/StarLore/Art/NativeSkywatchers.html.