After 400 years, Native people reflect on the real story of the ‘first Thanksgiving’ 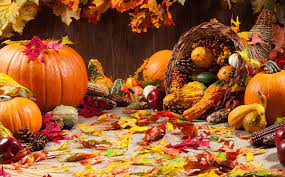 As Americans sit down to a table full of food this Thanksgiving Day, many may retell a story they learned in elementary school, about the Pilgrims who befriended the local Indians after the Mayflower dropped its anchor in Cape Cod Bay in 1620. It’s that story that has endured in mythology, the image of European settlers giving thanks with Native Americans.

But 401 years after the establishment of the famed Pilgrim colony in what’s now called Plymouth, Massachusetts, the Wampanoag, the people the English Protestants encountered after fleeing religious oppression in their homeland, want the real story of the fateful landing and the events that followed told.

It’s a story of friendship betrayed by greed and intolerance, of a nation’s lands, economy and religion whittled away in the name of manifest destiny. A story of that nation’s long road to recovering its sovereignty and dignity and one of its most important cultural and historic artifacts: its national wampum belt.

And it’s a story Indigenous people say has parallels as settlers moved across the continent in search of new lands and sources of wealth.

“It never ceases to amaze me that year after year Americans need to be reminded every ‘Thanksgiving’ about the critical role that the Wampanoag played in saving the settlers at Plymouth Colony,” said David Martinez, associate professor of American Indian Studies at Arizona State University.

The story of how the Wampanoag helped settlers through their first months on the continent, only to be subjected to land theft, attacks and even sexual assault, has been repeated many times, said Martinez, who is Akimel O’odham and Hia-Ced O’odham.

His own tribe’s water was stolen in the late 19th and early 20th centuries after aiding early settlers with food and protection from other tribes.

“In spite of generations of Indian leaders reminding the whites what Indian people have done for Americans, beginning with the Wampanoag, they keep forgetting, year after year, always acting like this is the first time they have ever heard of this history.”

When the English colonists known as the Pilgrims stepped on the shores of what’s called Plymouth on Nov.16, 1620, they found what they considered paradise, overflowing with wildlife, rich soils, cleared fields and a sheltered location on a hillside. They also found a ghost town, with human skeletons strewn about.

The seaside Wampanoag village of Patuxet was once home to about 2,000 people. It was one of 69 settlements throughout southeastern Massachusetts and parts of modern Rhode Island as well as Nantucket Island and Martha’s Vineyard.

After inhabiting their lands and coastal waters for more than 12,000 years, the Wampanoag, or People of the First Light, were masterful stewards. They managed their lands and waters to provide a good life for themselves and other species. They knew how to plant their crops for maximum yields while keeping pests at bay, and to sustain the soils that gave life to corn, beans and squash along with other squashes like pumpkin and zucchini.

They supplemented their diets with deer, moose, beaver, raccoon and other animal meats. A thrifty people, the Wampanoag used every part of the animal bodies they brought home for clothing, sewing and small tools.

They also fished freshwater and seawater species, including the famed quahog shellfish, a source of one of their most important and revered cultural materials: wampum. Handmade tubular beads from the shells of both quahog and whelk shells, with their brilliant whites and lush purple shades, were used to create wampum belts. Those belts provided historical records and marked important events such as intertribal treaties, marriages and other significant events. The shells were also traded for valuable items like furs.

Their highly developed social structure and healthy diets had long served them well. Mashpee Wampanoag Councilman Brian Weeden said it was not uncommon for Wampanoags to live to age 90 or 100, amazing colonists who had left a country where the average life expectancy was 40, with few living past age 59.

But they were no match for an unexpected foe new to the continent, a virulent disease for which they had no immunity. During the Great Dying of 1616 to 1619, a smallpox-like plague brought by early European traders spread like wildfire, leaving few to deal with the masses of their dead.

The colonists considered it God’s blessing. William Bradford, the elected leader of the Pilgrims, wrote that the devastation of large swaths of Native communities provided the setting for “the propagating and advancing the gospel of the kingdom of Christ in those remote parts of the world; yea, though they should be but even as stepping-stones unto others for the performing of so great a work.”

The post After 400 years, Native people reflect on the real story of the ‘first Thanksgiving’ first appeared on Native Sun News Today.