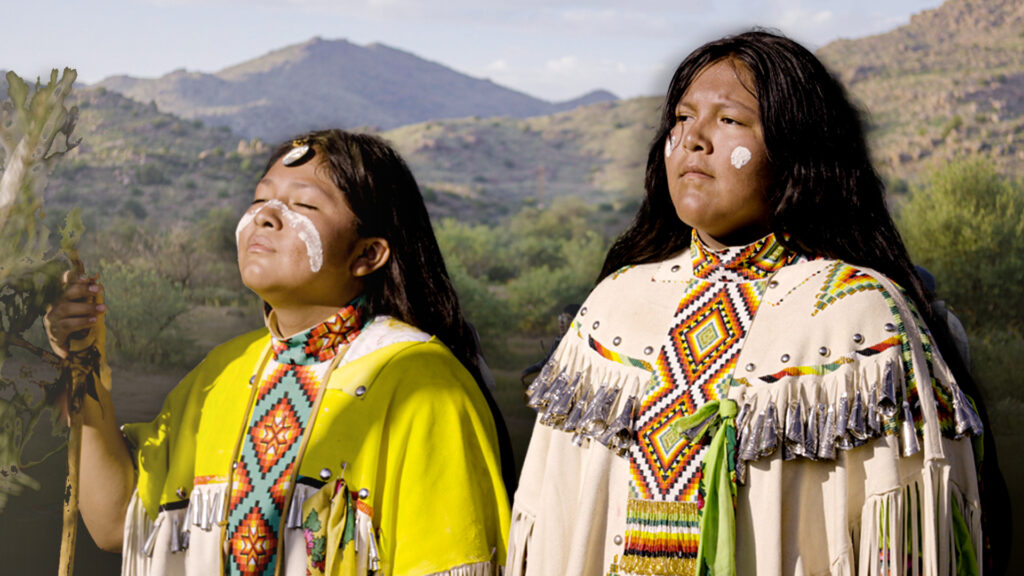 WASHINGTON, DC – A diverse coalition of religious groups, native tribes and legal experts filed half a dozen friend-of-the-court briefs yesterday in Apache Stronghold v. United States, asking a federal appeals court to protect Oak Flat, the spiritual lifeblood and sacred site of the Apache people in Arizona. The United States Court of Appeals for the Ninth Circuit recently agreed to take a closer look at the case in March 2023. If the court doesn’t intervene, the government will give this historically protected land to a mining company that will swallow the site in a massive crater, ending Apache religious practices forever.
“The diverse voices calling for the protection of Oak Flat remind us that the government’s threat to destroy Oak Flat is a threat to destroy religious freedom for people of all faiths,” said Dr. Wendsler Nosie, Sr. of Apache Stronghold. “We hope these voices will help the court understand that Oak Flat deserves no less protection than the many historical churches and other religious landmarks the government protects from coast to coast.”
Since time immemorial, Western Apache and other native peoples have come to Oak Flat for essential religious ceremonies that cannot take place anywhere else (video). The site is on the National Register of Historic Places and has been protected for decades. But in 2014, the government ordered Oak Flat to be given to Resolution Copper, a foreign-owned mining company that plans to turn the sacred site into a two-mile-wide and 1,100-foot-deep crater. Apache Stronghold—a coalition of Apaches, other Native peoples, and non-Native allies dedicated to preserving Oak Flat—sued the federal government to stop the destruction of Oak Flat.
Apache Stronghold lost their initial appeal to the Ninth Circuit after a three-judge panel decided that the land-swap deal did not violate their free exercise of religion. The court announced in November that it will rehear the case “en banc”—in front of a full panel of eleven judges—giving Apache Stronghold a second chance to win protection for Oak Flat.
Highlights from the friend-of-the-court filings in Apache Stronghold v. United States include:
Tribal Nations and Tribal Organizations arguing that this case will set vital precedent for tribal nations across the continent;
A diverse array of religious organizations—including the Church of Jesus Christ of Latter-day Saints, Seventh-day Adventists, the Islam and Religious Freedom Action Team of the Religious Freedom Institute, and the Christian Legal Society—highlighting how the government’s position in this case would gut civil rights protections for people of all faiths;
The Mennonite Church USA explaining how the government can manage federal lands while still providing full protection to Native American religious practices;
Religious liberty law scholars arguing that the plain language of federal civil rights law requires protection of Oak Flat;
The Sikh Coalition noting that the legal standard for judging Native religious liberty claims should be consistent with that for land use and prisoner claims;
The Jewish Coalition for Religious Liberty and Protect the First asking the court of appeals to reconsider its narrow, inflexible approach toward Native American sacred site cases.

Polling from last year shows that nearly 90% of Americans favor protecting Native American sacred sites on federal land. Strong support for these protections outnumbered strong opposition by a ratio of nearly 20 to 1. Americans overwhelmingly agree that the government should not interfere with the longstanding religious traditions of Native groups.

“It is encouraging to see a diverse coalition of tribes, religious groups, and scholars stand up in defense of the religious freedom of Western Apaches,” said Luke Goodrich, vice president and senior counsel at Becket. “It is long past time for our nation to ensure that Native American religious practices receive the same respect and protection enjoyed by all other faiths.”

The Ninth Circuit Court of Appeals will hear oral argument in this case at its Pasadena courthouse during the week of March 20, 2023. A specific day and time are yet to be determined. In addition to Becket, Apache Stronghold is represented by attorneys Michael V. Nixon and Clifford Levenson.