Houseless and hungry: What the City is doing 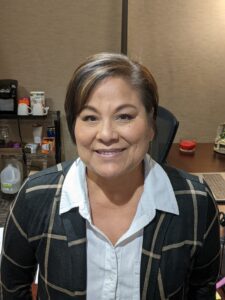 “The underlying problems are alcohol and mental health issues,” Mayor Allender stressed. “This puts them at risk and then they cannot sustain housing. Up to now, the police have been the interface and point of contact when problems arise, very limited on what they can do, basically the Mission and Detox Center. We now have facilities such as the Care Campus, Safe Solutions and One Heart, along with a new co-response team for the homeless who need services such as medical care or intoxication intervention”.
“Yet, often the main point of contact between the houseless and hungry and the City is the police,” he said. “It is very taxing, both financially and with man-power.” According to Allender, the City expends about $15 million per year on police calls, ambulance and fire calls etc. related to the houseless and hungry population. “There has got to be a better way to do it,” he stressed. “We need to remove the police as much as possible. It has not worked and so we’ve come up with a plan for a better approach”.
Rapid City Police Chief Don Hedrick agreed. “For too long our society has relied upon the criminal justice system to address social issues associated with the homeless. It’s become clear this is not a viable solution to help the most vulnerable members of our community. It is important that we as a community work together and partner to address issues affecting our city’s homeless citizens. The RCPD is committed to exploring all options”.
During 2015 and 2016, for the first time, the City started providing funding to the Cornerstone Rescue Mission (CRM), at first $250,000 to assist with operation and provision of services. Later when the City was facing a budget crunch, that dropped to $175,000 and then to $100,000 where it has remained constant for several years. The City also provided five million to purchase the One Heart Building, enabling expansion of services, facilities, equipment and space and as co-owner of the building pays the insurance.
Two major changes to how the City responds to the houseless and hungry problem are now being implemented. Currently, with the approval of the City Council, the City Human Resources Program is being expanded to include new positions for staff to implement new services to the Houseless and Hungry.
A new position is Human Services Coordinator to develop more coordination with non-profits who work on the Houseless and Hungry problems. The City recently hired Lila Demaris Mehlhaff, Standing Rock Sioux for this spot. With a B.S. degree in political science and Native American studies, MS in Strategic Leadership, considerable experience working in government and Native life experience, Mehlhaff is ideally suited to take on this new challenge, helping to foster partnerships between the City and other organizations as they struggle to deal with the challenge. In addition, four new case workers are also being hired and will be paid by the City to work with nonprofit organizations, many of which are short-staffed and facing budget constraints.
Expressing great optimism, Mehlhaff stated “Some say this is an unsolvable problem, but we have the opportunity now to make a huge impact on involuntary homelessness in the Rapid City area. The Mayor and other community leaders are committed to building a new model focusing on the needs and wants of our relatives who want off the street”.
Look for Part 3 next week.

The post Houseless and hungry: What the City is doing first appeared on Native Sun News Today.