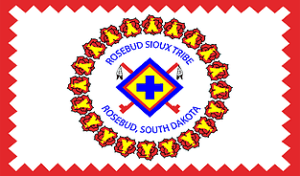 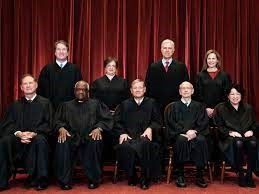 WASHINGTON – On Monday, December 20, 2021, the United States determined not to appeal the Eighth Circuit Court of Appeals decision in Rosebud Sioux Tribe v. U.S. to the U.S. Supreme Court. As a result, the decision will stand as a significant victory for the Rosebud Sioux Tribe and other Tribal signatories to the 1868 Fort Laramie Treaty and an opportunity for the Biden Administration to substantially improve Indian health care for Indian Country. Issued on August 25, 2021, the Eighth Circuit Court of Appeals held that the 1868 Fort Laramie Treaty obligated the United States to provide “competent physician-led health care” to the Rosebud Sioux Tribe.

Chief William “Bill” Smith, Chairman of the National Indian Health Board (NIHB) and Vice President of the Valdez Native Tribe, remarked that “this is a historic decision. The Court and this Administration recognized what Tribal Nations have declared and embraced for generations – Treaties are still the supreme law of the land and carry unending obligations of the United States to Tribes for health care services. By not appealing this decision, this Administration has honored Tribal treaties. The National Indian Health Board now calls upon this Administration to carry out those obligations by improving and fully funding health care services for all Tribal nations.” This means strengthening the Nation-to-Nation relationship to provide reliable, affordable, quality health care and address health disparities in Indian Country.

Chief Executive Officer of NIHB, Stacy Bohlen, citizen of the Sault Ste. Marie Tribe of Chippewa Indians, echoed Chief Smith’s words. “This is a 21st century vindication and historic affirmation of American Indian and Alaska Native (AI/AN) health care in perpetuity. The National Indian Health Board advocated for upholding the decision of the Eighth Circuit Court of Appeals and is pleased that the Administration will not challenge this decision. We look forward to working with the Administration in advancing and improving health care services to Tribal Nations and their members. This matter of federal trust responsibility for AI/AN health is now settled. Let’s move forward toward equity and investment so this promise has meaning.”
The Rosebud Sioux Tribe sued the U.S. for failing to provide adequate health care at the Indian Health Service Rosebud hospital in Rosebud, South Dakota. Persistent deficiencies existed at the hospital which led the Eighth Circuit Court of Appeals to conclude that “the Government must do better.” The federal government must do better and the NIHB will be actively engaged in how the Administration and the Department of Health and Human Services carries out its duties as highlighted by this important decision.