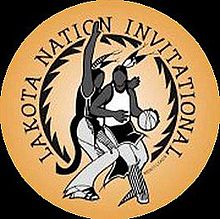 RAPID CITY— Focusing on just two events canceled at the Rushmore Plaza Civic Center in 2020, there is a huge loss to the Rapid City economy. According to data supplied courtesy of Visit Rapid City, the cancellation of the Black Hills Powwow (BHPW) and the Lakota Nation Invitational (LNI), both held mainly at the Rushmore Plaza Civic Center, combined for a loss of almost 20 million dollars:

According to Eventhosts,org, “Turco and Kelsey (1992) define economic impact as ‘the net economic change in a host community that results from spending attributed to a sports events or facility.’ Although this is set to sport specifically, it is equally transferrable to events in the arts or cultural sector (such as pow wows).”

From these figures it would appear the BHPW is a growing event, while LNI has reached the limits of the market, or leveled off with the present event model. In 2018, the BHPW had an economic impact ten percent less than the South Dakota State Dart Tournament (SDDT), which is held every other year in Rapid City. By 2019, the BHPW was 136 percent of SDDT.

By contrast, LNI has dropped by ten percent in relation to the biggest event held each year, the Black Hills Stock Show, which averages just over $22 million each year.

As of 2020, both BHPW and LNI have dropped a hundred percent in relation to any event since they chose to cancel as a COVID precaution. The question future generations will ask, was the cancellation warranted? The Black Hills Stock Show did not cancel last week, and their economic impact was almost identical to last year. Unlike the Sturgis Motorcycle Rally, no COVID spikes have been reported because of the decision to go ahead with the stock show.

COVID-19 has had impact beyond the threat of the corona virus itself, which is considerable given 481,000 Americans are reported to have died from COVID-19—this is half the population of the state of South Dakota. The death rate in Lakota country has been almost double the national average, and 33 percent higher than the state average. The virus strikes the elderly almost exclusively producing two major cultural and societal impacts. One, tribal elders with knowledge, skill and wisdom, like the late Jesse Taken Alive, who succumbed to COVID, are a resource of inestimable value, and the tribe can ill afford to lose them. Two, our children are isolated with lockdowns and social distancing, producing record suicide rates, and are burdened with the psychologically devastating guilt of being carriers that might have fatally infected a vulnerable elder.

Almost every person knows at least one person personally, that was lost to the pandemic. Yet many continue to resist the social precautions many others consider not only a mandatory imperative, but even then, inadequate. This impacts the core motivation for why BHPW and LNI were canceled. For example, high school basketball games demonstrate the split in social perception and reaction. At New Underwood High School in January, the school pleaded with spectators to wear mandated masks. Almost none complied. There was no enforcement. The school basically gave up and now almost no person bothers with a mask. On February 12, Rapid City Christian hosted Lakota Tech, one of only three reservation schools statewide that allowed the basketball teams to compete. The gym was packed and the home side of the gym had almost no masks, whereas the Lakota Tech visitor’s side of the gym was almost entirely masked, Even the Lakota Tech coaches and ballplayers were masked, and the players played with masks on, and they won.

Lakota Tech Activities Director Yamni Jack almost died from COVID so he has a different perspective. What could the rationale be for not taking COVID precautions?

While it is true COVID deaths on the Pine Ridge Reservation are almost double the national average, they are still only .003, that is thirty percent of one percent, or, 97.7 percent of the population did not die. The Center for Disease Control (CDC) estimates there have been 299,000 excess deaths attributable to COVID between January 2020 and October 2020. That happened in ten months. If we divide the 299,000 by ten and take it times twelve, we have the excess deaths for a year. If we take that total times three, we have the excess deaths for three years, and it is estimated to be 1.07 million. The population of the USA is 331 million, so the death rate remains at thirty percent of one percent (.003). The 1957-59 influenza pandemic produced a death rate of .001. Sixty years ago, the accuracy of compiled date was many magnitudes less accurate than today, and so because every major study indicates COVID deaths are even higher than reported, the deaths sixty years ago were probably far more underreported than even today. But sixty years ago, no events were canceled, virtually no pandemic precautions were taken.

Whatever the foundational reality, it appears that the COVID pandemic has killed people at a rate three times greater than the pandemic of sixty years ago. Whether a death rate of thirty percent of one percent warranted such a society wide reaction, is a question society may never be able to answer. What isn’t in dispute is the local economic cost of this pandemic. All sides acknowledge that the Visit Rapid City economic impact estimates are accurate.