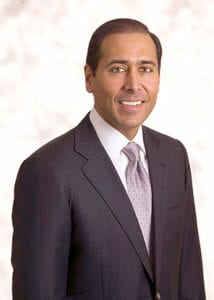 RAPID CITY – Jeffrey Henderson, M.D., a citizen of the Cheyenne River Sioux Tribe and founder of the Black Hills Center for American Indian Health, decided this last summer that he was going to do whatever he could to mitigate the effect of the COVID-19 pandemic on the world and especially the Native American population.

When exploring options that would help the crisis, Henderson was able to begin a vaccine trial and a treatment trial in South Dakota.

The vaccine trial, which is almost finished and likely will be by the time this newspaper hits newsstands, is testing a product from Novavax which is an American vaccine company. The vaccine is being distributed in Eagle Butte by Henderson and his team under the banner of Missouri Breaks Industries Research.

On the treatment side of things, Henderson plans to begin distributing medication in Rapid City to those who test positive for COVID-19 and meet the requirements of the study.

“We will be looking to involve individuals that are 18 years of age and older that have been diagnosed with a molecular test and have documentation of it from the last 10 days,” he said of eligibility. “And have been experiencing mild to moderate illness symptoms for not more than 10 days.”

Mild symptoms include no taste or smell while moderate symptoms include a fever, headache, cough and shortness of breath but people who hope to enroll in the study need to do so within 10 days of the onset of symptoms and being diagnosed.

People that enroll in the study will have a choice of four different agents that Henderson hopes will prevent serious COVID-19 illness, hospitalization, and death. Two of the agents being tested are in phase 2 trials and two of the agents are in phase 3. The phases which are subscribed to these agents is an indication of how much they have been tested. Phase 1 trials for agents only include around 20 people said Henderson while phase 2 would include around 200, and phase 3 must have a minimum of 30,000.

Unlike a vaccine trial that comes and goes in availability very quickly, testing treatment agents takes time and could change focus. “Here in Rapid City, we can expect to be busy throughout 2021 and we will play host to an ever changing menu of different agents that will be available at any given time.”

Right now, the agents that Henderson said will be available to people enrolled in the trial include an IV infusion, intramuscular injections, or oral pills.

People who want to learn more about Henderson’s study or would like to enroll in it can go to www.riseabovecovid.org/en/.

Right now the two separate testing locations fly under different banners. The Eagle Butte location is operating underneath Missouri Breaks Industries Research while the Rapid City site operates under the Black Hills Center for American Indian Health. It is Henderson’s hope that the two testing locations will be unified soon underneath their own entity which will be called the American Indian Clinical Trials Research Network which will conduct a wide range of research after COVID-19 is in the world’s rear-view mirror.

But, as it is right now, COVID-19 still poses a very real threat and so Henderson is focusing on it. He believes that the United States will soon pass the 500,000 death mark and he is nervous about the South African variant of the virus that was recently found in Colorado.

Black Hills Center for American Indian Health was founded by Henderson in 1998 and operates with the pillars of research, service, education, and philanthropy. Its purpose is to conduct a wide range of research activities to enhance the wellness and health of native peoples nationwide and all over the world.