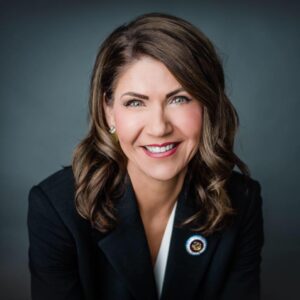 RAPID CITY – Gov. Kristi Noem has been making national headlines after a judge she appointed in 2019, Circuit judge Christina Klinger, struck down a voter-approved constitutional amendment that would have legalized marijuana for recreational use.

“Amendment A is a revision as it has far-reaching effects on the basic nature of South Dakota’s governmental systems,” Klinger wrote in her ruling.

Noem has recently warned state legislators against passing bills to legalize and regulate marijuana saying that she will likely veto them. The warning comes amid calls for legislators to take action outside of the courts to reflect the will of the people.

The attorney who sponsored the amendment and represented South Dakotans for Better Marijuana Laws, Brendan Johnson, said that an appeal to the South Dakota Supreme Court was being prepared. The group released a message via social media that said “This is not over. We will appeal. We will prevail,” and is organizing a “Will of the People Rally” in order to “send a loud message to political leaders that the people of South Dakota oppose any efforts to overturn Amendment A.” More details on the rally will be posted to social media on South Dakotans for Better Marijuana Laws.

Days after Klinger’s ruling that Amendment A would be overturned, Gov. Kristi Noem asked South Dakota lawmakers to take an extra year to implement medical marijuana which was voted to be legal by a majority of South Dakotans with IM 26.

Lawmakers and Noem acknowledge that IM 26 passed without question and will become implemented, which by South Dakota law must become effective July 1 of the following year. But Noem says that the State needs time for IM 26 to be “implemented safely and correctly.”

The Oglala Sioux Tribe became the first Native American tribe to move forward on legalizing the drug in a state that has not yet.

In 2015, the Flandreau Santee Sioux Tribe attempted to grow and sell marijuana but eventually burned its cannabis plants with clashes with federal and state authorities.

After the passing of medical and recreational marijuana within the Oglala Sioux Tribe, tribal officials stated that they hoped to cooperate with authorities but have received little response. One executive member of the tribe was quoted saying “I think we have a stronger stand on Pine Ridge.”

The Cheyenne River Sioux Tribe also voted on the issue of legalizing medical and recreational marijuana for its citizens and the unofficial results were resoundingly in favor of legalization.

Noem does not have a glowing record of tribal relations after several incidents. An incident which received national attention was in 2020 when she circumvented talks with tribes who set up road blocks to mitigate the impact of COVID-19 and demanded that the road blocks be removed.

According to data published by campaign proponents of South Dakotans for Better Marijuana Laws, an estimated one out of every ten arrests made in the state were marijuana related in 2018. Under state law currently, possession of any amount of marijuana is a Class 1 misdemeanor and punishable up to one year in jail, a $2,000 fine, and a criminal record.

The approved Oglala Sioux Tribe 80 page ordinance allows its tribal members to cultivate and dispense cannabis. It also provides the framework for consumption facilities which will allow non-tribal members.