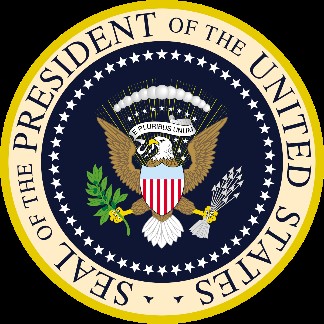 President Biden proclaimed that, “Tribal Nations do best when they make their own decisions,” and acknowledged that Tribal lands have been chronically underfunded for generations. He highlighted that despite these systemic challenges, Tribal nations have led the way on getting their citizens vaccinated. After his remarks, President Biden signed an executive order that directs the various agencies in the Executive Branch to ramp up efforts to address the issue of Missing and Murdered Indigenous People (MMIP). You may find the executive order here.

Chairwoman Victoria Kitcheyan of the Winnebago Tribe of Nebraska moderated the portion of the Summit that focused on the Biden Administration’s response to COVID-19. This allowed Tribal leaders to engage directly with Secretary Becerra, who responded to Tribal leaders by stating, “We’re here to listen to you, learn from you, and work together with you to build back better.” He also asked that Tribal leaders continue to challenge him on the things they hope to see.

Chairperson Amber Torres of the Walker River Paiute Tribe, who is also a National Indian Health Board (NIHB) member, urged Secretary Becerra to take the initiative to appoint a counselor that would directly advise him on American Indian/Alaska Native (AI/AN) health. She explained the importance of having someone in a counselor position within HHS that understands the special needs of Indian Country and the trust responsibility. The Chairwoman also advocated for full, direct funding of the Indian Health Service (IHS) and for moving appropriations from discretionary to mandatory in order to ensure the sustainability and success of the Indian health care system.

Other Tribal leaders addressed health care issues related to behavioral health and telemedicine that have both been needed in their Tribal communities and exacerbated due to the COVID-19 pandemic. Specifically, Tribal leaders encouraged HHS and the Department of the Interior to improve funding for broadband, funding methodologies for these services in general, and to prioritize participation of Tribal leaders in all decisions made related to these services.

The second day of the Summit centered on the ecological, economic, and infrastructure-related issues facing Indian Country; however, the Department of Veterans Affairs presented and committed to establishing a new office to combat issues related to Tribal Veterans’ health, proclaiming that it “will fight like hell every day to keep our promises to Native Veterans.”

Chairwoman Francis Charles from the Lower Elwha Klallam Tribe advocated for health funding for Indian Country stating that IHS and the Interior must begin aggressively forming policy that provides the funding increases needed to deal with the severe underfunding of the contract health support costs, health care facilities, and health care workforce shortages.

In the wake of the bipartisan infrastructure bill being signed into law, Tribal leaders will continue to hold the administration accountable to the concerns raised during this week’s summit.