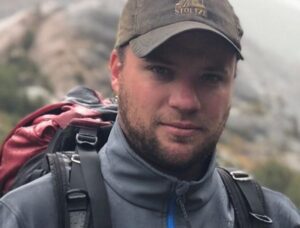 HELENA, MT—In the very near future the Montana District and Re-Apportioning Commission will make a final decision on the new voting districts for the Montana Legislature going into effect in 2024.

Why should tribal members be interested in this process?

Simply because the voting districts determine how possible it is to get tribal members elected to state legislative seats. To have a voice for tribal constituents.

This process takes place every ten years in each state as required by the US Constitution and governed by rules established by the 1982 Amendments to the Federal Voting Rights Act. That established federal guidelines important to redistricting.

In 2022, the MT State-Tribal Relations Committee of the MT Legislature issued a report: Native Voting Rights in MT. They reminded that redistricting must consider two factors: those who have less opportunity than others of the electorate to participate (voting); the history, being polarized; a marginal group; legacy of past discrimination; history of legal appeals; and divesting original holding.

In effect, that would be Indians in Montana, the most significant minority population in the State based upon most recent census data.

There are three protected Native voting districts in Montana. Those include: 1) Northern Cheyenne/Crow; 2) Fort Peck, Rocky Boy, Gros Ventre and 3) Salish Kootenai/Blackfeet.  That should ensure either tribal candidates or those sympathetic to tribal concerns would carry the day in those districts.

The Commission could not, however, identify specific districts or areas for urban Indians, essentially those congregated in Montana cities such as Great Falls, Billings, Butte, or Missoula. More than half of MT tribal members are now urban, according to census data.

The Montana redistricting effort has been going on since August of this year.  “It is a complicated and confusing process” said Dan Stusek, Commission member.

According to the Federal law, each State must redistrict these voting seats to reflect increases or decreases in population based on census data. The five-member MT Redistricting and Apportionment Commission draws the boundaries of congressional and legislative districts. All districts must have approximately the same number of people living within those boundaries, which in MT sparsely populated, is about 10,800 per district.

The proposed maps (four in total this year) were then presented for public comment. Two such public hearing have been held but as Stusek commented “participation was not at the level we hoped it would be, especially from tribal communities.”

Married to a Northern Cheyenne descendant, he is sympathetic and supportive of Native voting rights.

While the Commission seeks recommendations from the Legislature, the final plan is approved by a majority vote the Commission. Montana has used a commission to draw congressional and state legislative districts since 1973. Commissioners are not public officials (holding elected office). Four commissioners are appointed from both parties, two Republicans and two Democrats by leaders of the Legislature.  This year the Montana Supreme Court selected the presiding officer.

The Commission works from the most recent census data which shows increases or decreases in population for each voting district. All districts must have approximately the same number of people living within those boundaries.

In thirty-three other states such as South Dakota, home to a significant number of Native Americans, the redistricting process is handled by state legislatures.

Over the last few decades, Native Americans in Montana have seen major voting rights cases, each ruling on details about the disenfranchised.

For example, as detailed by the Native American Rights Fund, in the 1986 case of Windy Boy v. County of Big Horn, 24 the District Court for Montana held that Big Horn County’s at-large elections were unlawful after the plaintiffs showed past and present discrimination against Crow and Northern Cheyenne members. This case demonstrated the dilution of the Native American vote occurring through either at-large voting, where the majority voters can choose all members or officials, or reapportionment plans, which divide or concentrate minority voters. 25 As a remedy, the Justice Department made election officials redraw the lines in Big Horn County so districts would reflect what the population actually looked like. 26 In just a year later, a Crow tribal member was elected as county commissioner, the first in Big Horn County.

In Montana since August 2022 this is what happened regarding redistricting and what will happen:

“We take public comment very seriously,” Stusek said. “What I predict is that from the updated version, it will increase the “blue” (Democrat) seats by 11-12 in 2024.”

Small echoed that sentiment. “I believe we will still be accurately represented after this new redistricting plan goes into effect. Yet, each of should take the time to check this out. House District 41, which represents Northern Cheyenne, for example is the most sparsely populated district in Montana.  In the new proposal, one representative will be elected for both the Northern Cheyenne and Crow, who sometimes have differences of opinion. Think about that.”