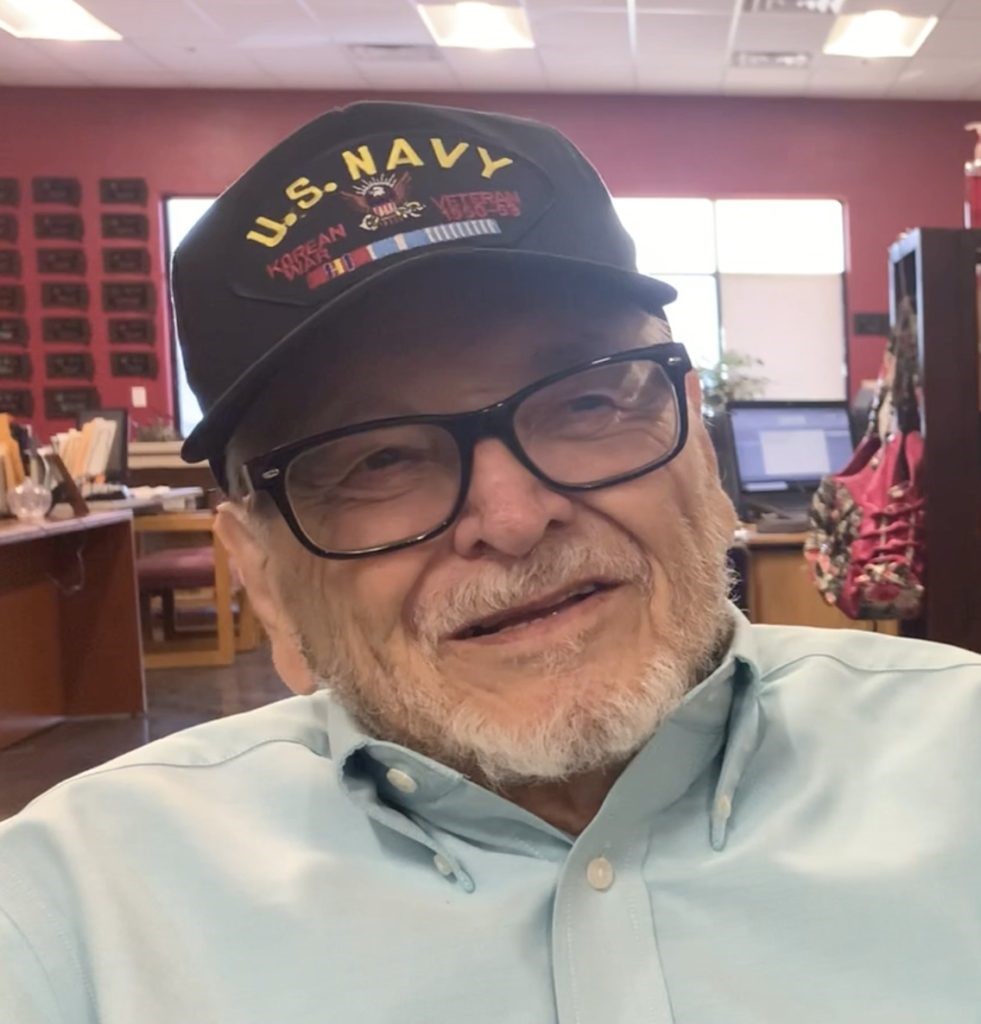 As Tim Giago entered his final hours, the Thunder Beings filled the yet-dark sky above the Black Hills early Sunday morning. I sat outside watching these brilliant horizontal flashes of lightning fill the air. A gentle rain later fell.

The Thunderers, the Beings who embody lightning, thunder and rain, hold immense power. While they give life, they take it away, too. Yet, after a storm passes, new life emerges. Giago, famed Oglala Lakota journalist, died around 8:45 a.m. July 24 at Monument Hospital in Rapid City, S.D. In the wake of his death, he leaves a greener path for Native journalists to follow.

As a trailblazing independent publisher, he brought news to the people. In 1981, he established the Lakota Times, which then became Indian Country Today. He also founded the Lakota Journal. Fourteen years ago, he founded the Native Sun News.

Giago, a Navy veteran, lived his life as a true warrior. He earned the Lakota name Stands Up For Them, or Nanwica Kcjii. A name deserved as a champion for press freedom. It was a two-front battle, one in which he first staked himself to being an independent voice on the Pine Ridge Reservation. On the other front he fought to amplify Native stories ignored by the mainstream press.

More than 40 years ago, he was a lone American Indian column writer with a platform in major South Dakota daily newspapers. Back then, an editor wanted to censor Giago’s strong voice on the injustices faced by Indigenous peoples.

Not one to be backed into a corner, he forged a new path in American Indian journalism. “I decided then the only way we Indians could have a voice in South Dakota, the only way we could express our views from our own perspective, was to have our own newspaper,” he told the South Dakota Hall of Fame.

“I will not pardon your ignorance…If you come out to Indian Country to write about us, do your damned homework.”

In 1990, he played a groundbreaking role in working with South Dakota Gov. George Mickelson to bring about one of the first reconciliation efforts in the country. The idea was to heal bad relations between settlers and Indigenous peoples. The effort resulted in flipping Columbus Day into Native American Day. Decades later, similar efforts are taking hold across the country.

By 1994, Giago rose as a prominent newsman and earned his place in the South Dakota Hall of Fame. He was well known for evocative columns in which he addressed the inequities of American Indians. He received an H.L. Mencken Award for his opinion pieces in 1985. 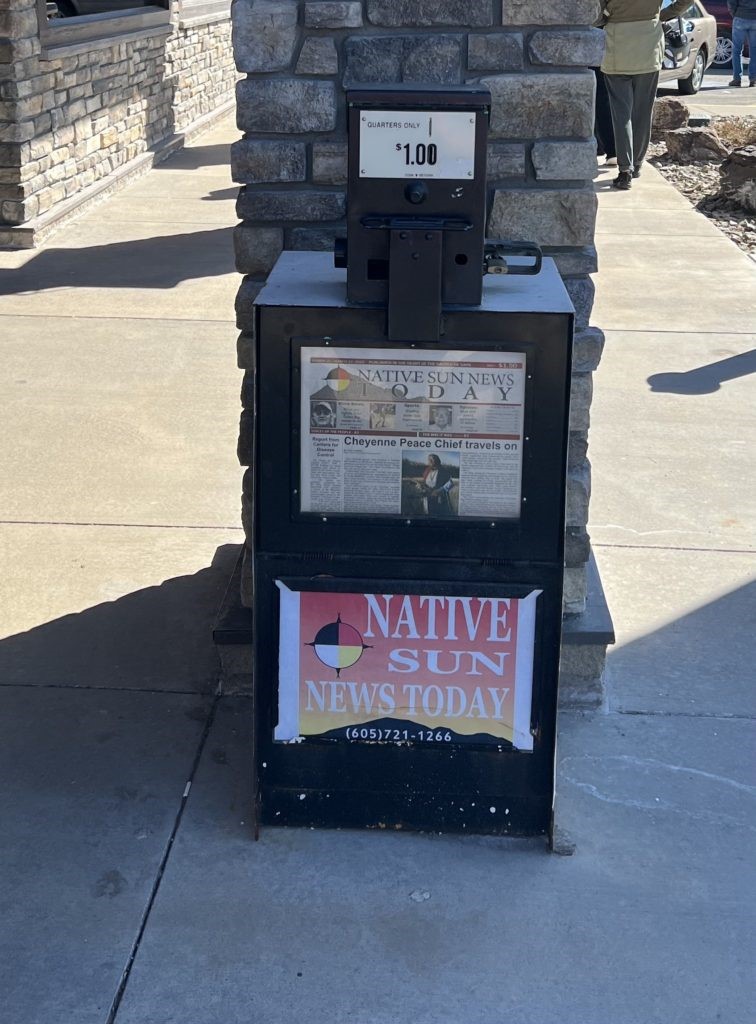 In 2017, the Native American Journalists Association commemorated Giago’s many achievements with a NAJA-Medill Milestone Achievement Award for his “commitment to journalistic excellence and advancement in Indian Country,” and for being a “game-changer in Indian Country journalism.”

Giago was born July 12, 1934 on the Pine Ridge Reservation in Kyle, S.D. On July 24, 2022 standing by his hospital bed, surrounded by daughters, Jackie Giago described her husband as a fighter. His illness this past year marked the most difficult time of her life, she said. Her champion lost in the final bout to cancer.

Jackie and Tim Giago married in August 1997. She has been his stalwart business partner at the Native Sun News, which is now the largest weekly newspaper in South Dakota. At the helm, Nanwica Kcjii proved himself a fearless news man. He didn’t seek permission or approval. The hard work has been recognized. The walls in the Native Sun’s newsroom at the former Campbell street location were filled with many awards, including the South Dakota and North Dakota newspaper associations as well as the Native American Journalists Association. 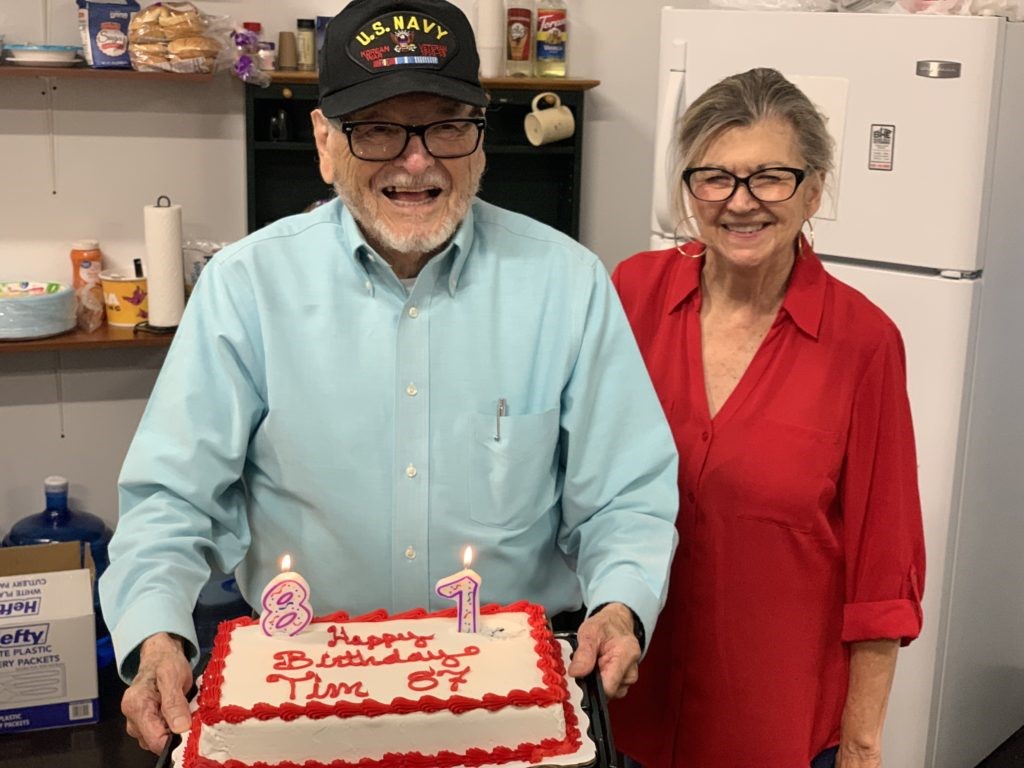 Giago wanted to retire from the news business. I attended his 87th birthday and retirement in July 2021. “For the first time, I’m burned out,” he told me. “I just don’t want to do it anymore. I want to enjoy life a little bit instead of spending every day working.” He was a prolific writer. He wanted to write more books. He already had at least two books to his credit, including “The Aboriginal Sin and Notes from Indian Country Volumes I and II,” and “Children Left Behind.”

Retirement from the newsroom didn’t last long. Even as his body weakened during the past year, Giago envisioned a grand future for the Native Sun News. He called me about a month ago. We visited. He’s been an astute businessman. I listened. It was the last time we talked.

For several years, I’ve had frequent visits with the Giagos. Rapid City is a straight jaunt south from my home on the Fort Berthold Reservation in North Dakota. I’ve admired all of Tim’s business accomplishments. It’s easier to walk a path when others shine a light for us. One of my favorite quotes of his: “No, I will not pardon your ignorance. If you come out to Indian Country to write about us, do your damned homework.”

Giago was the first American Indian journalist selected as a Nieman Fellow at Harvard in 1991. We shared that fellowship experience. In 2003, I became the first Native woman to study as a Nieman.

His accomplishments as a reporter, editor, column writer and newspaper publisher have resonated coast to coast. On Nov. 5, Giago will be inducted into the National Native American Hall of Fame at the First American Museum in Oklahoma City. He will be posthumously recognized. The other eight other honorees include Bill Anoatubby, Ryneldi Becenti, John Echohawk, Susan Harjo, Marshall McKay, Earl Old Person, Sr., Joanne Shenandoah, and Patricia Zell.

Each inductee “has brought about dramatic improvements and substantive changes to the lives of Native people and communities,” wrote Hall of Fame founder James Parker Shield, Little Shell Chippewa.

Like thunder and lightning, Giago’s blazing presence has reverberated across Indian Country for nearly a half century. On Sunday, July 24, I watched the Thunder Beings flash with intensity across the Black Hills sky. In a few more hours daylight would come. Giago would soon be free of his earthly journey, no longer weak, no longer tired. The hard rain would fall later that day, a reminder of life’s renewal.

(Jodi Rave Spotted Bear is the Publisher of buffalosfire.com  and founder of the Indigenous Media Freedom Alliance)