And the Uhre Saga goes on

And the Uhre Saga goes on 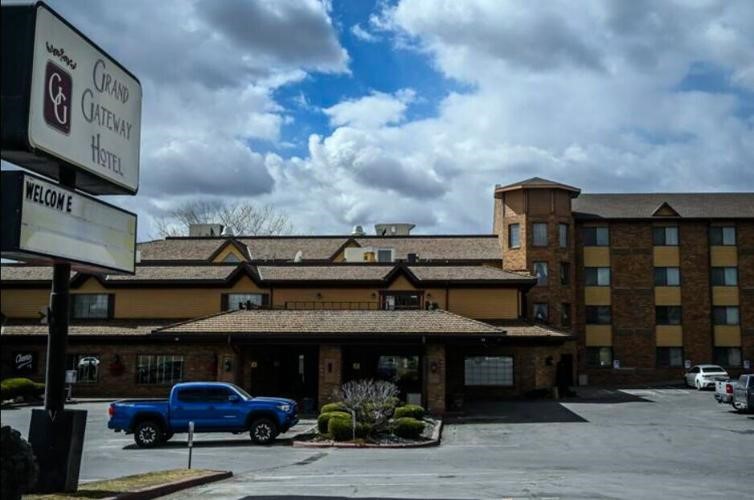 When the family is being sued, for racial actions, and the mother gets into it with protestors outside their hotel, how can you top that for a news story?

How about having one of the sons, who isn’t usually in the news, sue the company in charge of said hotel?

Judson is allegedly noting a breach of fiduciary duty, shareholder oppression, and tortuous interference in the operation of the hotel.

For a simple recap, the hotel made national media news, when she made social media comments not allowing any Native Americans on the premises, or the adjoining Cheers Lounge, also owned by the family, because she could not tell the difference between “a bad Native or a good Native.”

Following the comments, which were based on a shooting at the hotel on March 19th, in which a Native American, Quincy Bear Robe, 19, shot another Native American, Myron Pourier, also 19. Pourier would succumb to his wounds, bringing a second degree murder charge in State court.

In response, NDN Collective sent in two folks to test the hotel’s decree, and on being declined, the NDN Collective put together paperwork for a lawsuit which was delivered to the Federal Building.

Since the episode, the hotel was closed for about a month, and part of their reasoning was for cleaning before the upcoming tourist season. Fast forward to May 31st, Connie had approached some protestors at the hotel, and using a can of pledge, sprayed a couple protestors, including one in the face. This action earned her a trip to the police station where she was charged with three counts of simple assault. Shortly after, she was released on a personal bond, through the MacArthur Foundation, the same Foundation Nick spoke harshly over releasing criminals back onto the streets, where they could commit crimes again.

But for the family, Judson said the actions of his family, have irreparably hurt the business. “Connie Uhre had a duty of care to ensure that she conducts herself in a manner not prejudicial to the business of the corporation. However, she went ahead and made a racially charged rant which was posted on a website with wide coverage and this led to financial loss of clients for the hotel as well as the damage to the hotel’s reputation,” Judson wrote.

The board has not held a meeting since Connie became president of the Retsel Corporation, according to the complaint and after Connie’s social medal comments, the corporation’s secretary tried to set up a special meeting to “discuss Connie’s shameful post.” A meeting never took place, according to Judson.

“The bylaws of the corporation require a special meeting to be held upon request by any shareholder,” Judson wrote.

Judson would also accuse his brother Chad of having an affair with a hotel employee, which he claims jeopardized the operations of the hotel as the hotel’s reputation was harmed. According to the complaint, Chad also did not carry out his duty to provide refinancing paperwork to the hotel’s bank, which led to financial loss because the delay led to a higher interest rate for the loan.

Further complaints, noted Nick having an episode with a guest, during a Black Lives Matter protest, in which Nick spit, shouted and swore, and “During his tenure as acting manager of the Grand Gateway Hotel, he has made various racially charged comments about Native Americans and this has resulted in the hotel being despised for its racial discrimination and loss of the hotel’s reputation,” noted the complaint. Judson did make a complaint, regarding Nick being arrested at some point for preventing board members from calling the police when they felt they were in danger, but couldn’t provide a date for the incident. On Friday, the Rapid City Police Department also noted they had no record of Nick being arrested for an incident of this nature.

Judson’s filing states he seeks any and all damages due as a result of his family’s actions, including but not limited to removal of board members from leadership positions, Nick Uhre providing a psychological evaluation, repayment of attorney’s fees, appraisal of the hotel and immediate buy out of shares at 300% of valuation due in one payment or in shares that are equally distributed among board members. At this time, there has not been a hearing scheduled on the lawsuit in the Pennington County Circuit Court.

The post And the Uhre Saga goes on first appeared on Native Sun News Today.