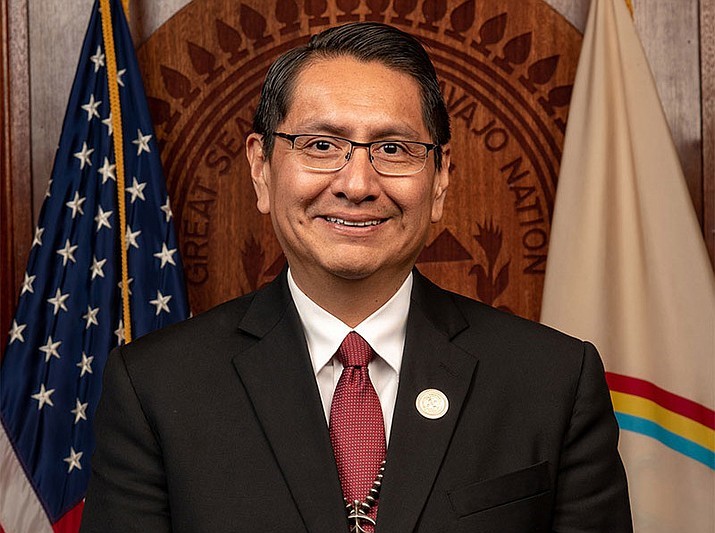 SEATTLE – Casey Family Programs, the nation’s largest operating foundation dedicated to safely reducing the need for foster care and building Communities of Hope for children and families, announced today the recipients of the 2022 Casey Excellence for Children Awards. Navajo Nation President Jonathan Nez is one of ten winners from across the country.

These awards recognize outstanding individuals for their inspiring work, exceptional leadership and unwavering dedication to improving the well-being of children and families who are engaged with the child welfare system in America. Each year awards are given in the following categories:

Dr. William C. Bell, President and CEO of Casey Family Programs, said, “The individuals we honor today come from an array of backgrounds and have contributed to the well-being of children and families in unique ways. However, they all have one thing in common: Every one of them is building hope through their work, their advocacy and their commitment to children and families.”

The Casey Excellence for Children Awards are a national recognition of the accomplishments of leaders, especially those with lived experience in the child welfare system, who are working to safely reduce the need for foster care and build Communities of Hope to ensure the safety and well-being of children and families. The awards are named in honor of Jim Casey, the founder of United Parcel Service, who established Casey Family Programs in 1966 as an operating foundation to help improve the safety and success of vulnerable children and their families across America.

The mission of Casey Family Programs is to provide and improve — and ultimately prevent the need for — foster care. For more than 55 years the foundation has worked directly with children and families to improve life outcomes and well-being. Today Casey Family Programs also works with child welfare systems and other partners in all 50 states, Washington, D.C., Puerto Rico and the U.S. Virgin Islands and with more than a dozen tribal nations to influence long-lasting improvements to the safety and success of children, families and the communities where they live.

Jonathan Nez took office as the President of the Navajo Nation in 2019. He was born in Tuba City, Arizona, and raised in Shonto, Arizona. He is married to Phefelia Nez, and together they have two sons, Alexander and Christopher. President Nez earned a bachelor’s degree in Political Science in 2002 and a Master’s in Public Administration in 2005 from Northern Arizona University. In 2021, President and First Lady Nez also received honorary doctorate degrees from Northern Arizona University.

As leader of the largest tribal nation, he worked closely with public health experts on an aggressive response to the COVID-19 pandemic, which has led to the Navajo people having one of the highest vaccination rates in the world at approximately 75%. He’s also been instrumental in using federal funding to support once-in-a-lifetime investments in critical infrastructure developments that will improve the well-being of the Navajo people now and for future generations.

President Nez is a longtime advocate of healthy living, and strongly encourages the Navajo people to practice the Navajo teaching known as T’áá hwó’ajít’éego, or self-reliance and self-determination. His priorities include mental and behavioral health treatment, and assistance for communities as they recover from the pandemic’s far-reaching impacts.