Part 1: silence on the part of the Catholic Church on Lakota child sexual abuse cases

Part 1:  silence on the part of the Catholic Church on Lakota child sexual abuse cases 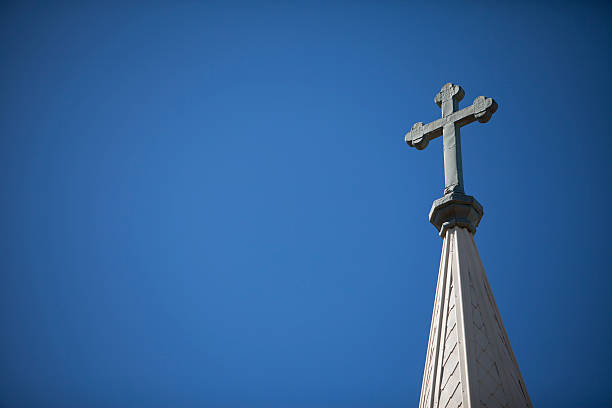 A Crucifix rises high above the skyline on top of a church’s steeple.

PIERRE—On April 15, 2015, the Supreme Court of South Dakota decided on six separate cases involving the Catholic Church. Two of the educational institutions, St. Francis and Holy Rosary (Red Cloud Indian School) Mission are currently operating on the Rosebud and Pine Ridge Indian Reservations.  In light of recent news involving residential schools in Canada, the operation of schools by religious institutions on any reservation in the U.S. should be evaluated by tribal nations.

The first case (No. 26939) involved Kerwin Eagleman and Noah C. One Star, Plaintiffs; and Lawrence Ford, Antoinette (One Star) Miller both Plaintiffs and Appellants against the Catholic Diocese of Rapid City, as the Defendant.

It involved an appeal of six cases with the following ten plaintiffs: Ralph Eagleman, Lawrence Ford, Antoinette Miller, Adrian Larvie, Larry Tar, Howard Dean Graham, David Standing Soldier, Ida Marshall, Regina One Star, and Wendell D. Big Crow, Sr.  Of these, Tar did not submit an affidavit or deposition testimony in response to the Societies’ motion for summary judgment and the Justices stated that he failed to offer material facts to raise a genuine, triable controversy on his burden to show why fraudulent concealment should toll the statute of limitations; Graham failed to file a signed, sworn affidavit or any deposition testimony as ruled by the Justices involved in the case.

The cases invoked, according to the Justices, two fiduciary concepts: first, as part of plaintiffs’ claim that the Societies (Catholic Church) breached fiduciary duties as a substantive basis of liability for damages; and second, the issue involved “a determiner in tolling (delaying) the statute of limitations for fraudulent concealment”.

The Plaintiffs alleged that the Societies’ (Catholic Church’s) fraudulent concealment continued to the present, and according to the Justices, “suggesting an indefinite duty to disclose whenever the Societies may acquire knowledge of abuse”.

But, the Justices noted, in the case involving One Star,” if plaintiffs’ approach “were to prevail, then any time a tortfeasor (commits a civil wrong) failed to disclose evidence that would demonstrate its liability in tort, the statute of limitations would be tolled (delayed) under the doctrine of concealment․”

According to the Justices, “Standing Soldier never forgot the sexual abuse he suffered at the hands of Father Gill; nor did he lack knowledge or appreciation that what he alleged Father Gill did to him was abusive. When he was in alcohol treatment in 1986, his counselor wanted him to talk with a Catholic priest, as one of the steps toward recovery, about why he (Standing Soldier) drank excessively, one reason being the sexual and physical abuse, but Standing Soldier refused out of anger and distrust.”

According to the Justices, “Thus, under our holding in One Star, Standing Soldier possessed in 1986 some knowledge of a causal connection between his problems and the sexual abuse. That knowledge put him on inquiry notice to seek information about the problem and its cause.” The Justices continue, “Once on inquiry notice, plaintiffs must seek out the truth; they cannot wait for the truth to seek them…Fraudulent concealment will not apply in these circumstances because Standing Soldier had sufficient facts to bring a timely cause of action within three years of 1986. Even if initial misrepresentations constituted fraudulent concealment, such representations will not override a victim’s subsequent knowledge.”

(Note:  Part 2 will look at the judgments made in the separate cases and in the final case summary judgment).