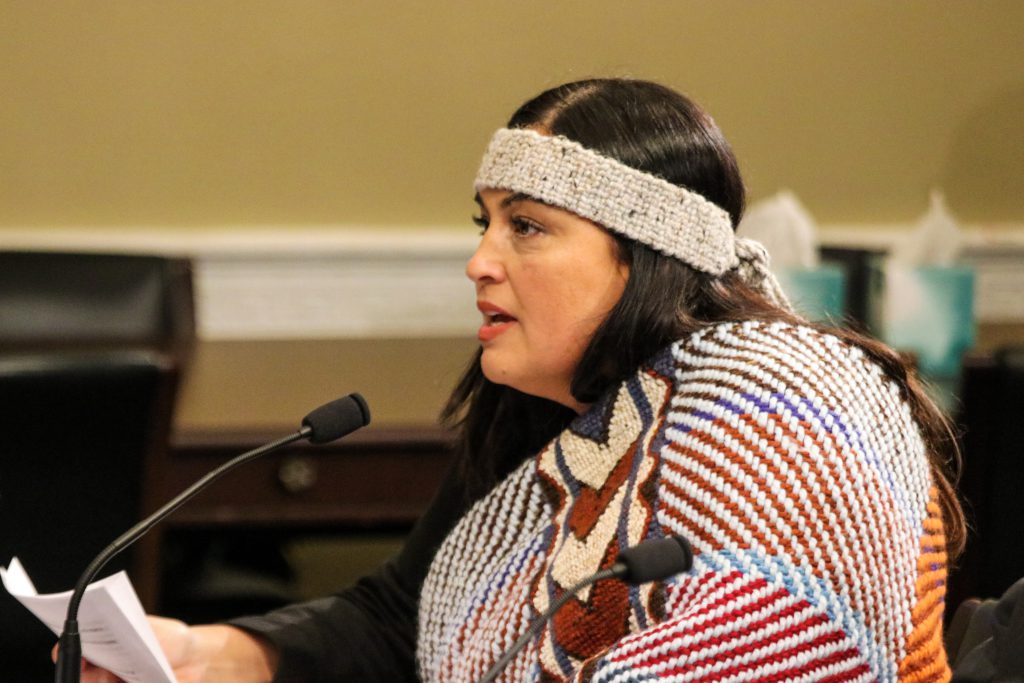 Bipartisan efforts to create a federal commission to explore and repair the legacy of the Indian boarding schools hit a stumbling block last week, due to a request that subpoena power be granted to the commission, regarding House Resolution 5444. The top Republican in the subcommittee felt the Resolution could lose its bipartisan support, feeling it could be adversarial to the goal of healing.

Originally the bill was put out on the National Day of Remembrance, September 30th, and has a good swath of support from both sides, with 57 co-sponsors. Tom Cole, Republican from Oklahoma, is the top Republican sponsor on this bill, and had said back in September that, “Establishing the Truth and Healing Commission on Indian Boarding School Policy will provide an important step toward resolving and healing from one of our nation’s darkest periods.” Cole, is from the Chickasaw Nation.

The bill, reintroduced by Sharice Davids, a Democrat from Kansas, felt the commission would “build off Secretary Haaland’s Federal Boarding School Initiative, but collecting documents and testimony outside the federal boarding school system.” Davids, is from the Ho-Chunk Nation.

The initial partisan warnings first surfaced in mid-May, at a hearing of the House Subcommittee for Indigenous Peoples of the United States to provide witness testimony about the federal funded efforts to assimilate Native American people and culture. The hearing centered on testimony from Native voices who survived the boarding schools or are descendants of those who attended the schools. Ben Barnes, chief of the Shanwee Tribe and a descendant of boarding school survivors, told the subcommittee that the importance of the would-be commission is incalculable.

“As time continues to pass, we will lose the testimonies of survivors and more documents will become misplaced,” he testified. “That is the importance of HR 5444. Creating a mandated commission empowered to locate every available record and ensure this history is preserved and made available for examination.”

Although bipartisan support exists for an investigation into the individual impact of the policies and assimilation of Native Americans, a lack of agreement exists amongst supporters of the bill as to the methods and powers available to investigators. Rep. Jay Obernote, R-California, the subcommittee’s acting ranking Republican member, called the subpoena authority a reason for hesitancy. “Subpoena authority, while it might serve the goal of truth, might be adversarial to the goal of healing,” Obernolte said before witness testimony, adding, “I think that we should have that discussion because I am not sure that serves the purpose of the commission.”

Of the 160 Congressional commissions established since 1989, only 12 possess subpoena authority.

“It’s why we worked with this bill to make sure that this information comes to the boarding school survivors and their families, and tribal nations and organizations who work for the healing and the truth of the Indian boarding school experience.” She said.

Obernolte, however doubled down on his contention that the use of subpoenas would make the process adversarial. Both Reps. Cole and Davids have stressed that the purpose of the bill is not to elicit conflict. Instead, they say, it’s to provide answers for the individuals, families and communities affected by federally funded Native boarding schools. “There are people that don’t like the stories, and they’re not going to want to willingly share,” Barnes said in an interview after his testimony. “And that subpoena power helps grease the wheels and helps get that information where it needs to be, so those tribal communities can discover the truth of what happened to our kids.”

Even though subpoena authority has become a partisan issue, Barnes remains hopeful that the bill will be passed during the current congressional session. “I don’t want to wait one more year, one more week, not one more day,” he said. “I think the time to insist upon the answers is now. So I have to believe this is the time, this is the one, this is the year.”