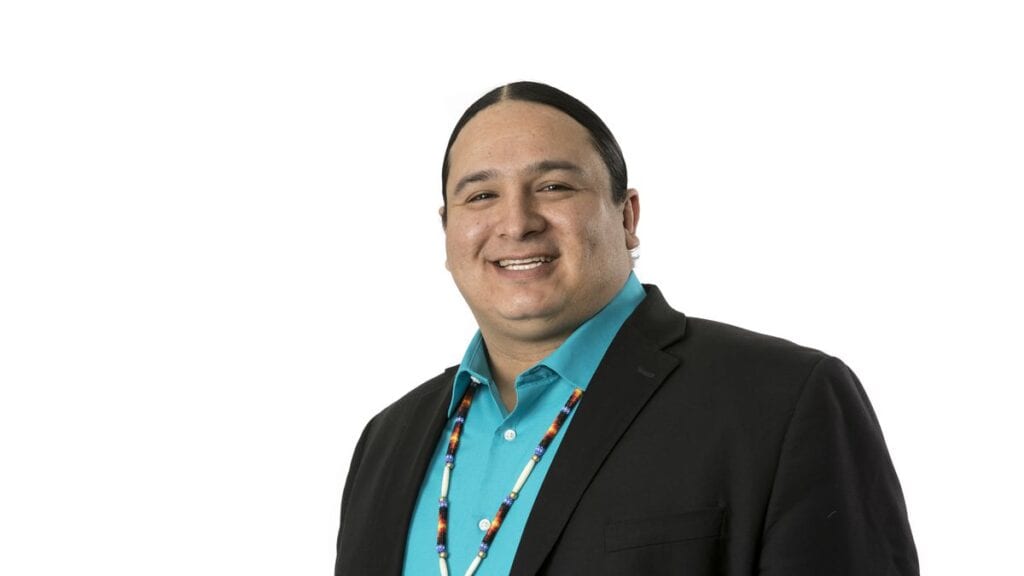 RAPID CITY– Last summer, 21 Indigenous people and allies, including Nick Tilsen, the president and CEO of NDN Collective, were met with force from the state police and arrested for protesting Trump’s rally at Mt. Rushmore. Though Trump and his group were violating multiple treaties with their presence, including one through the U.N. Declaration on the Rights of Indigenous Peoples, the Land Defenders faced multiple charges. Tilsen himself was facing a felony and up to 17 years in prison.

Today, NDN Collective announced that the charges for Tilsen and all other activists arrested on July 3 will be dropped. This announcement comes after months of political pressure from grassroots groups, including petitions, social media campaigns, and local and national media coverage of the cases.

“This victory is a direct result of the movement showing up and standing up for all the Land Defenders who took a stand in the Hesapa (Black Hills) on July 3,”  said Nick Tilsen, NDN Collective President and CEO. “Tens of thousands organized, called, donated to our legal and bail fund, and signed the petitions to drop these charges, and we are deeply grateful for their invaluable support.

“The fact that the state is dropping these charges exposes that these were politically and racially motivated charges to begin with, exposing both the Sheriff and prosecutor’s ill intent to abuse their positions of power. But we organized, fought, and backed them into a corner where there was no longer any political upside for them to continue this unjust prosecution of myself and the other Land Defenders.

“Our charges being dropped is a day of victory for our movement and our people. We will utilize it to catalyze our cause forward. Thank you to everybody that prayed, called, wrote and supported is in this struggle.

“As we celebrate this day, we recognize the Black, Brown, Indigenous, and LGBTQ+ people who are still wrongly incarcerated across this nation. We are not free until we are all free. This is what I will continue to dedicate my life and work to be the true liberation of all people and our lands.”

“The charges being dropped represent the start of a shift in power that is not only powerful in this moment, but necessary for the future of our movement,” said Krystal Two Bulls, director of the LANDBACK Campaign at NDN Collective. “I feel a sense of relief that organizing won today. I, Nick, and all the Land Defenders won’t have to carry the emotional burden of these charges moving forward.

“I have so much gratitude for the thousands of supporters who prayed, donated, called, emailed, signed petitions and reached out over the past nine months. This is a wakeup call for our communities. We will no longer accept racially motivated attacks on our Land or bodies, without organizing in response! We will continue to organize forward and fight for all our targeted and incarcerated Relatives!”