Past laws could protect Choctaw Nation 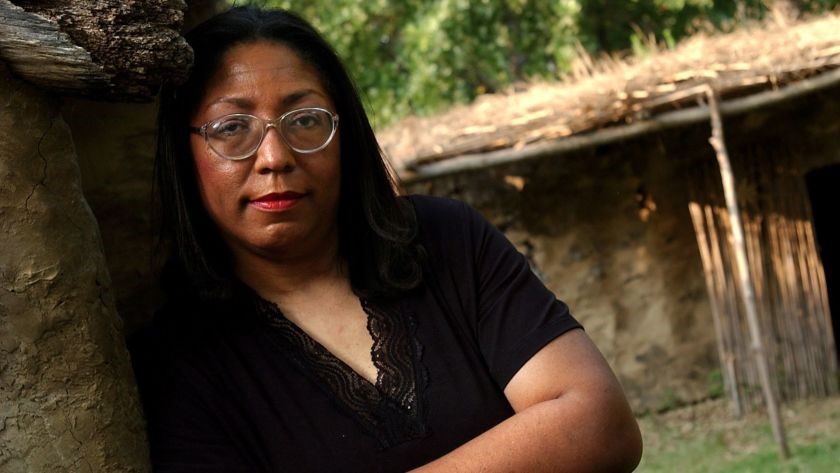 RAPID CITY—California Congresswoman Maxine Waters, Chairwoman of the House Committee on Financial Services, may face unexpected legal challenges to her proposed bill to compel the Choctaw Nation of Oklahoma to enroll Black Freedmen. The bill, yet to be voted on by the 117th Congress, would cut tribal funding to the Choctaw Nation of Oklahoma unless they honor Article 3 of an 1866 treaty.

Article 3 stipulates the Choctaw tribe shall grant Black Freedman “all the rights, privileges, and immunities, including the right of suffrage, of citizens of said nations.” It further instructs the tribe to give each Freedman 40 acres.

Marilyn Vann, a prominent Freedman activist, a descendant of a Dawes Roll Freedman, and a member of the Cherokee Nation since 2006, does not dispute that the Freedman did receive those 40 acres. She points out that other tribal members, “including adopted whites,” received 320 acres. This ignores two pertinent facts. One, the tribe did not want to enroll Freedman at all but given the tribe had allied with the Confederacy and had had over 6000 slaves, they were in a poor postwar position to balk at treaty stipulations, and the treaty stipulation was for 40 acres for Freedmen, not 320 acres. Two, the accepted history is that General William Tecumseh Sherman had allocated forty acres to Freedman in South Carolina, but that “forty acres and a mule” allocation was subsequently rescinded. This appears to be the only Reconstruction Era reparations attempt for Freedmen. If none of the states that had formed the Confederacy were being forced to provide reparation for, or association with, Freedmen beyond the relationship of fellow United States citizens, why were the tribes of Oklahoma Indian Territory singled out in this regard?

Several subsequent court decisions and Congressional acts may have superseded Article 3 of the 1866 Treaty, creating a compelling chain of logical consequence, starting with the 1902 United States Supreme Court decision, Lone Wolf v Hitchcock, followed by the 1936 Oklahoma Indian Welfare Act, and finally, Article II of the Choctaw Nation of Oklahoma Constitution, approved by the United States Department of the Interior on June 9, 1983.

For most of the over 500 federally recognized tribes, Lonewolf v Hitchcock is probably the most hated Supreme Court decision in history. With good reason tribes worry their sovereignty is forever threatened by Lonewolf, perhaps to the degree of termination. In a unanimous decision the Court ruled that Congress had the plenary power to “abrogate the provisions of an Indian treaty.” Taking Lonewolf to its ultimate conclusion, every part of every treaty could be congressionally abrogated, thus terminating all sovereignty, and effectively terminating the government’s trust responsibility to tribes. More to the point for this article, when a unilateral Congressional Act contains language that alters previous language, that language supersedes previous intent or provision.

It is a bizarre irony that Lonewolf could ever benefit a tribe, but in this case, it seems to support the position of the Choctaw Tribe of Oklahoma, that they are not compelled to honor Article 3 of the 1866 Treaty because a subsequent Congressional Act abrogated Article 3.

The 1936 Oklahoma Indian Welfare Act gave federally recognized tribes the right to adopt a constitution: “Any recognized tribe or band of Indians residing in Oklahoma shall have the right to organize for its common welfare and to adopt a constitution and bylaws, under such rules and regulations as the Secretary of the Interior may prescribe. The Secretary of the Interior may issue to any such organized group a charter of incorporation which shall become operative when ratified by a majority vote of the adult members of the organization voting.”

This the Choctaw Nation of Oklahoma did, and their constitution was subsequently approved by the Interior Department. The particulars of that constitution, regarding enrollment are as follows:

“Section 1. The Choctaw Nation of Oklahoma shall consist of all Choctaw Indians by
blood whose names appear on the original rolls of the Choctaw Nation approved pursuant
to Section 2 of the Act of April 26, 1906 (34 Stat. 136) and their lineal descendants.

Section 2. Except as hereinafter provided, any Choctaw by blood who has elected or shall
hereafter elect to become a member of any other tribe or band of Indians may be a
member of this Nation.

“By blood” is the critical distinction regarding Black Freedmen. Those Freedmen who meet the “by blood” criteria are either already enrolled or can be enrolled by the particulars of Section 1. Only Freedman with no cultural or blood ties to the tribe are denied membership in the tribe. This is the same enrollment criteria for reservations here in South Dakota.

Since Lonewolf established that Congress can unilaterally abrogate a treaty provision by act, and since the 1936 Oklahoma Indian Welfare Act empowered the Secretary of the Interior to approve new tribal constitutions, the approved criteria for tribal enrollment supersedes the 1866 Freedmen provisions, or such can be argued.

Other court rulings reaffirm the right of tribes to determine their own enrollment criteria. In the 1978 case of Santa Clara Pueblo v Martinez, the Supreme Court ruled: “Indian tribes are ‘distinct, independent political communities, retaining their original natural rights’ in matters of local self-government. Worcester v Georgia. Although no longer ‘possessed of the full attributes of sovereignty,’ they remain a ‘separate people, with the power of regulating their internal and social relations.’ United States v Kagama.”

In 1976, the US District Court for DC, ruled in Harjo v Kleppe that: “The relevant question is whether or not the tribal government of the Creeks had been stripped of its power to deal with tribal affairs as such. While the tribe had clearly lost much of its authority in a territorial sense, or in the sense that a state has sovereignty, it is equally clear that the tribal government remained authoritative in legal contemplation as to matters of tribal organization and management, including control of tribal funds.”

This case involved tribal funds, but the matters of “tribal organization” and the tribe’s right to manage with authority, still apply.

The final question is, can Congresswoman Waters use the threat of cutting off critical funding to compel the Choctaw Nation of Oklahoma to enroll Black Freedmen with no cultural or blood connection to the Choctaw nation? The tribe appears to have met their 1866 obligation for over a century, until adopting a tribal constitution approved by the Interior Department in 1983. This constitution appears to supersede Article 3 of the 1866 Treaty because of the 1936 Oklahoma Indian Welfare Act. Acts were made the expression of unilateral Congressional plenary power by the 1902 Lonewolf v Hitchcock Supreme Court decision. Other subsequent court rulings (Santa Clara Pueblo v Martinez, Harjo v Kleppe), reaffirm a tribe’s authority to determine its own organization and the management there of, including the criteria for tribal membership. The rationale for why Black Freedmen must be made tribal members has yet to be clearly or compellingly articulated, given the implications of these subsequent Congressional Acts and court rulings.