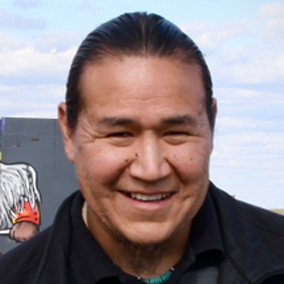 EAGLE BUTTE – A new Chairman will now lead the Cheyenne River Sioux Tribe, the tribe with the fourth largest land base in the Nation.

CRST held their General Election Tuesday, November 8 with voting taking place in 21 precincts in six districts. The unofficial results were released via the CRST Website.

Three term Chairman Harold Frazier, who was at the forefront of the NoDAPL movement and once served as Chairman of the Great Plains Tribal Chairman Association was defeated by Ryman LeBeau who received 1,273 votes to Frazier’s 781.

LeBeau has served as a Council Representative in District 5 and had two years left on his current term. A special election will take place in December to fill his vacant seat.

In District 1, Daniel Marshall defeated Bernita In The Wood by 177 votes to 138.

Official results will be released later this week after affidavits votes and challenge votes are counted.