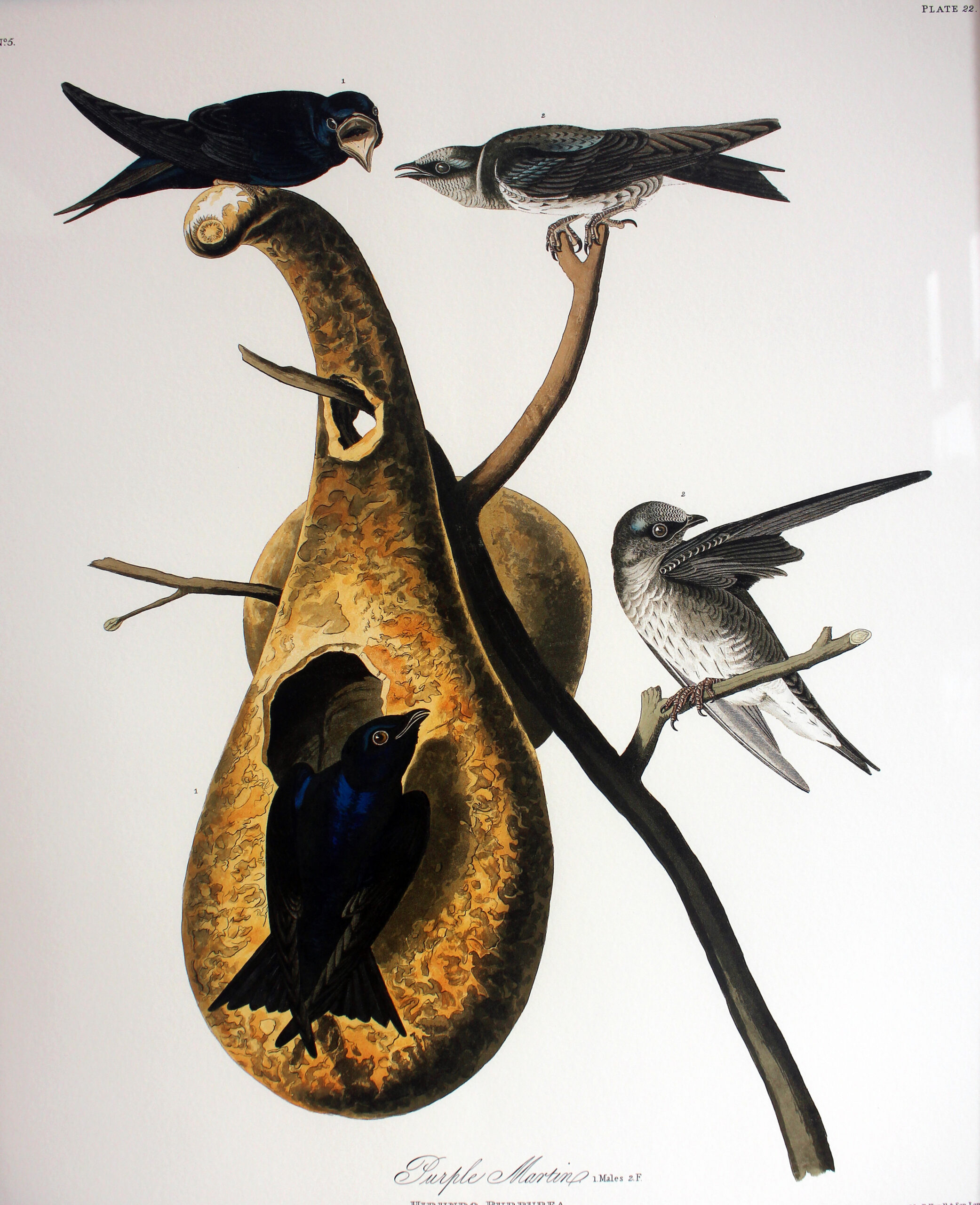 Audubon observed that Indians frequently hallowed out gourds and hung them near their camps; the gourds were then taken over by martins, which were so audacious that they chased away the vultures attracted to the Indians’ venison. “Almost every country tavern has a Martin box on the upper part of its sign-board,” Audubon noted, “and I have observed that the handsomer the box, the better does the inn generally prove to be.” This painting was done in Mississippi or Louisana in 1822. The two birds at left are males, and the two at right are females; they are gathered about a gourd (Lagenaria siceraria) like the ones that Audubon described.