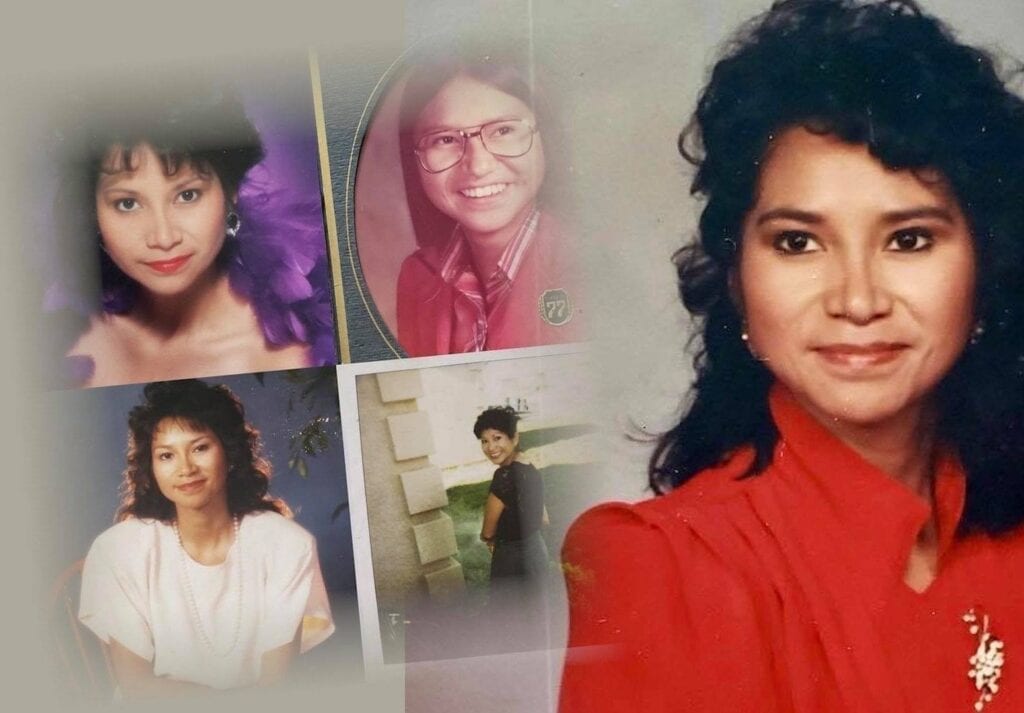 McNeal was sentenced on May 3, 2000 to 30-years-to-life in prison for two counts of second-degree murder in the 1997 killing of Black Crow, an enrolled member of the Oglala Sioux Tribe who was nearly seven-months pregnant with their baby.

McNeal was a probation officer at the time of the incident and wasn’t initially considered a suspect in his wife’s death because of his position in law enforcement and an alibi that indicated less than 10 minutes from the time he returned home to the murder scene and the moment police arrived.

So, the California Innocence Project (CIP) filed for the post-conviction reliefs available by law to McNeal.

They cited the often misunderstood and ignored epidemic of missing and murdered Indigenous women.

Then Haynes learned that the parole board didn’t receive the letters, so she reached out to the South Dakota Legislature’s Tribal Relations Committee, in hopes of convincing the Legislature or members to write a letter to the California parole board advocating on behalf of her mother and family.

When Pourier shared the case details with other members of the committee, District 1 Republican Rep. Tamara St. John, a member of the Sisseton Wahpeton Oyate, took interest.

“What happens when a tribal member is killed in another state?”  St. John pondered in a phone call with Native Sun News Today. “Do they not deserve justice because they’re away from home? No matter where our people are, they’re still our people,” she said.

“It makes advocacy extremely difficult,” St. John conceded, putting the issue in national context: “What we’re trying to do with Savanna’s Act, Operation Lady Justice, is to fill all of the difficulties that our people face between jurisdictions.”

Over the years, several pieces of legislation, like the recent federal Savanna’s Act, have been approved to address the growing crisis of missing and murdered Indigenous women and girls.

Complicating the panorama for survivors of the crisis is the legacy of federal policies creating displacement and relocation, including forced attendance at boarding schools, which have served to build barriers to isolate millions of Native people, who otherwise would be protected or would intervene and report the violence.

According to the U.S. Census, most American Indian people are dispersed in urban areas, not living on Indian reservations with extended family and tribal connections providing support systems.

In reversing McNeal’s parole, Newsom recognized that McNeal’s crimes against the convict’s late wife occurred in the context of a national epidemic of violence against Native women.

McNeal worked as a probation officer in San Bernardino County until his arrest for the murder of his wife. He had a bachelor’s degree in criminal law, and he knew the criminal justice system from years of experience.

It was several years into his sentence, in 2004, that his case caught the eye of the California Innocence Project. The project has liberated 34 people since 1999, following its trifold mission: Free the wrongfully-convicted from prison, work to reform the criminal justice system, and train law students to become zealous advocates.

“Even through the unsubstantiated evidence provided by the California Innocence Project, the facts of the actual case, the testimony of the witnesses and the ultimate power of human empathy prevailed,” Shantel Haynes said.

“Most people live their lives with the assumption that a family will heal once a guilty verdict is handed down to a perpetrator,” she told the Native Sun News Today. “I am a living example of how that is not the case. For almost two and a half decades, I’ve had to fight tirelessly to keep my mother’s murderer where he belongs — behind bars.”

“I had to learn the meaning of appeals, habeas corpus, clemency, First Amendment rights, statute of limitations, law amendments, commuted sentences and revised protocols throughout this process,” said Haynes.

Due to unforeseen circumstances, McNeal wasn’t released from prison after his early parole was granted on Oct. 20, 2020. Haynes saw the delay as a window of opportunity to convince more people to advocate for her mother and unborn sister.

It was the first time Black Clow’s family interacted with the Governor’s Office.

In the aftermath Newsom acknowledged, “Mr. McNeal’s violent conduct toward Ms. Black Crow,” stating, “McNeal not only ended her life, but also had a devastating impact on her family, community, and tribal nation.”

When Newsom previously approved McNeal’s request for clemency, he cited McNeal as having “committed himself to his self-improvement” while incarcerated.

In his Jan. 29 reversal, he said, “I have considered the evidence in the record that is relevant to whether Mr. McNeal is currently dangerous. When considered as a whole, I find the evidence shows that he currently poses an unreasonable danger to society if released from prison at this time. Therefore, I reverse the decision to parole Mr. McNeal.”

Black Crow’s family and her advocates are celebrating the reversal, after San Bernardino County hosted a media conference Feb. 1, which included daughter Haynes.

“This reversal shows that justice can be retained for domestic violence victims, including collateral victims, missing and murdered Indigenous women, and proves that people in law enforcement will be held accountable,” Haynes said.

“This effort grew to include voices from tribal nations, tribal leaders and legislators from the state of South Dakota and beyond working to end violence against Indigenous women,” said Rep. St. John.

“As a Native woman of the Great Sioux Nation, I felt it was important to speak for our Lakota sister who lost her life and the life of her unborn baby at the hands of Mr. McNeal.”

Rep. Pourier told the Native Sun News Today she wants to say, “Thank you to California Gov. Newsom for listening and understanding the details and cause for this reversal.

“This one win throughout the countless unheard and nameless lost Native sisters across the country brings the world right-side up, even if it’s just for a moment,” she said.

Haynes told her mother’s story to True Crime Daily Podcast — a Warner Brothers Production — which agreed to produce a full exposé on the case, giving Haynes the opportunity to share her experience with millions of people.

Details on the upcoming podcast will be shared when they become available.