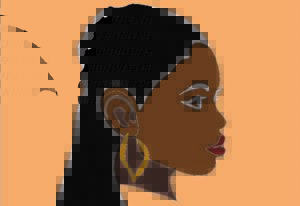 SANTA FE,  NM – The New Mexico state Legislature has passed a bill making it illegal for anyone to discriminate against a student or an employee because of their hair style. Dubbed the No Discrimination for Hair bill (House Bill 29 and Senate Bill 80 combined into one) was introduced during the legislative session ending on March 20.

It is aimed at protecting Native American, African American and Muslim students and employees and now goes to Governor Michelle Lujan Grisham for her approval.

The bill states that “No local school board shall allow for the imposition of discipline, discrimination or disparate treatment against a student based on the student’s race, religion or culture or because of the student’s use of protective hairstyles or cultural or religious headdresses.”

It defines race to include “traits historically associated with race, including hair texture, length of hair, protective hairstyles or cultural or religious headdresses. “

The bill applies to public and charter schools. And, to employers with four or more employees.

If it passes, the bill will be effective beginning July 1, 2021. Similar bills have become law in seven other states and are often referred to as the CROWN (Create a Respectful and Open World for Natural Hair) Act.

New Mexico’s Legislative Education Study Committee issued an analysis of the bills noting. that “examples exist of discrimination and unconscious bias based on hair styles for residents of color who often become stigmatized and subjected to disparate treatment or discipline.”

It lists examples including “In 2018, a Cibola High School teacher in Albuquerque cut a Native American girl’s long hair.”

This incident was reported in local and national media which described a classroom where a teacher cut the end of a Native American student’s braid in class during a Halloween celebration. The teacher who also referred to another student with a racist slur was put on administrative leave without pay, according to the media accounts and a letter was sent to all parents explaining the situation. The mother of the student and Russell Begaye, the president of the Navajo Nation at the time, urged the school to require courses on Native American Culture and history.

Former president Begaye and the mother of the girl whose braid was cut demanded that there be cultural competency training for school staff, according to media accounts. And the American Civil Liberties Union issued a letter of demands to the Albuquerque Public Schools.  Other examples include an incident in 2018 when “a referee in New Jersey forced a mixed-race high school wrestler to cut his dreadlocks or forfeit his match.”

The bill continues saying that “No school board shall allow for the imposition of discipline, discrimination or disparate treatment against a student based on the student’s race, religion or culture or because of a student’s use of protective hairstyles or cultural or religious headdresses.”

An analysis by New Mexico’s Indian Affairs Department (IAD) states that the bill “Supports IAD’s vision that tribal nations, tribal communities and Indigenous people are happy, healthy and prosperous and that traditional ways of life are honored, valued and respected.”

It adds that “IAD’s analysis also indicated the bill would normalize cultural differences and allow Native American students to express themselves freely in and outside of school in relation to their hairstyles and headdresses.”

State Senator Shannon Pinto (Navajo) one of the sponsors of the bill said in an email interview, “If there are still instances of discrimination it is our duty to address the issue. I have heard of students being sent home by administrators because of the color of their hair. There is a precedent already in some cases. The Cibola student case is one of them.”

“In Native American history has evidence of ‘boarding school haircut,’ “she said. “Some students faced disciplinary action for their hair color saying it was a distraction.  My perception of the bill is it is a catalyst to addressing those who still take action that can hinder their education. ”

Senator Shendo was unavailable for comment. Other legislators did not respond to inquiries.

(Katherine Saltzstein can be reached at salty223 @aol.com)

The post New Mexico passes bill making it illegal to discriminate against a student or employee because of hair style first appeared on Native Sun News Today.